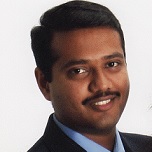 Nagendra Chemuturi received his Bachelor Degree in Pharmacy with Distinction from Kakatiya University in India. He then worked as a pharmaceutical salesman before pursuing his Ph.D. at the University of Iowa. He was awarded the AAPS Graduate Symposium Award in 2005 for his dissertation work on the role of nasal drug transporters and metabolism in preferential nose-to-brain uptake of dopamine into brain. He started his career in the US at Vertex Pharmaceuticals in MA in 2005. Since then, he has worked at Alcon-Novartis and is currently a Principal Pharmacokineticist with Seattle Genetics characterizing ADME of ADCs. During his career he has served as DMPK lead on several small and large molecule projects and has led efforts to understand the role of drug transporters in ophthalmology and ADCs. He has given podium presentations at several scientific conferences, is active in IQ consortium, leading the MABEL working group and has authored/co-authored several articles and book chapters.