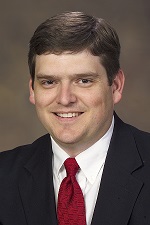 Head of the Department of Pharmaceutical Sciences and Director of Graduate Studies College of Pharmacy at the University of Arizona Tucson, AZ, USA

NATHAN J. CHERRINGTON, Ph.D. is a Professor and 1885 Society Distinguished Scholar in the Department of Pharmacology and Toxicology. He is the head of the Department of Pharmaceutical Sciences and Director of Graduate Studies in the College of Pharmacy at the University of Arizona. He received a B.S. in Zoology from Brigham Young University and a Ph.D. in Toxicology from North Carolina State University with an emphasis on xenobiotic metabolism. He then moved to the University of Kansas Medical Center to pursue postdoctoral training in drug metabolism and disposition. He has taught Drug Metabolism and Disposition, Systems Toxicology, Environmental Health Science, and Advanced Toxicology courses since joining the faculty at the University of Arizona in 2002. Nathan has published over 90 original research papers on the sources of inter-individual variability in pharmacogenomics. He serves as an associate editor for Toxicological Sciences, and on the editorial board of Drug Metabolism and Disposition, and Journal of Molecular and Biochemical Toxicology. He has served on numerous NIH study sections where he is a current member of the NIEHS Environmental Health Sciences Review Committee, as well as several committees for the Society of Toxicology and the International Society for the Study of Xenobiotics. He was recently awarded the Achievement Award by the Society of Toxicology, the Alumni Achievement Award from Brigham Young University, and was made a fellow of the Academy of Toxicological Sciences. His current research is on the effect of underlying disease states on an individual’s ability to metabolize and eliminate drugs.