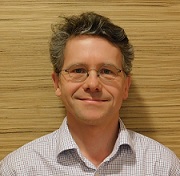 Dr. David Fischer joined Charles River in 2014, through the acquisition of the services division from Galapagos, which he had joined in 2005. During these years, he has taken a leadership role in a number of early stage drug discovery programs in rare and orphan disease indications, including Cystic Fibrosis, Huntington’s Disease, ALS, Usher III Syndrome and DMD and additional indications such as metabolism, oncology, Alzheimer’s and Parkinson’s Disease, resulting in several pre-clinical candidates. He brings expertise in complex and primary cell-based assays, including iSPC and hESC stem cells models and human primary cell models and their application for drug discovery and functional genomics.

David holds a degree in Chemistry and a PhD in Molecular Genetics, both from Leiden University.  During six years of post-doctoral fellowships at the Netherlands Institute for Neuroscience in Amsterdam (an Institute of the Royal Netherlands Academy of Arts and Sciences) and the Free University Amsterdam he focused on neurodegenerative diseases, in particular Alzheimer’s and Huntington’s Disease.  David also mentored two graduate students, at the University of Amsterdam and at Leiden University.  He has published over peer-reviewed papers and 60 patent applications.