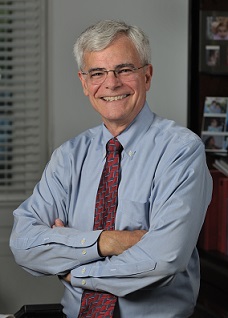 Dr. Gottesman has been Deputy Director for Intramural Research at NIH since 1993. A graduate of Harvard College summa cum laude and Harvard Medical School magna cum laude, Dr. Gottesman completed an internship and residency in medicine at the Peter Bent Brigham Hospital in Boston. He was a research associate at NIH from 1971 to 1974. He returned to Harvard Medical School as an assistant professor before returning to NIH in 1976. Dr. Gottesman became Chief of the Laboratory of Cell Biology in the National Cancer Institute in 1990. From 1992 to 1993, he was Acting Director of the National Center for Human Genome Research, and he was Acting Scientific Director of the NCHGR in 1993. His research interests have ranged from how DNA is replicated in bacteria to how cancer cells elude chemotherapy. He has published extensively on these subjects, with over 500 scientific publications to his credit. He has helped to identify the human gene that causes cancer cells to resist many anticancer drugs. He has shown that this gene encodes a protein (P-glycoprotein, an ATP-binding cassette transporter) that pumps anticancer drugs out of drug-resistant human cancers and has used this information to create gene transfer vectors and to circumvent drug resistance in cancer. More recently his work has focused on the complexity of drug resistance in human cancers and the role of ABC transporters in contributing to this resistance. He has been a member of the Institute of Medicine (now the National Academy of Medicine) since 2003, the American Association of Physicians since 2007, and the American Academy of Arts and Sciences since 2009. For his work on multidrug resistance in cancer, he is a recipient of the Milken Family Medical Foundation Cancer Research Award, the Rosenthal Foundation Award, the American Society for Pharmacology and Experimental Therapeutics (ASPET) Award, and the Vallee Foundation Award in Biomedical Research. Dr. Gottesman has been actively involved in initiating several training and mentoring programs for high school students and teachers, as well as college, medical, and graduate students. As Deputy Director for Intramural Research at NIH, he has initiated an NIH-wide lecture series, and reformulated tenure and review processes in the intramural program. He has also instituted training programs for minority and disadvantaged students, loan repayment programs for clinical researchers at NIH, research training programs for medical students, and research integrity training activities for NIH fellows.