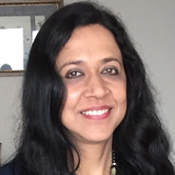 Director and Head of the Drug Metabolism and Pharmacokinetics group, GlaxoSmithKline Shanghai, China

Jasminder Sahi obtained a Ph.D. degree in Pharmacognosy from Panjab University, India in 1991 and then participated in a post-doctoral program in the Department of Physiology and Biophysics, University of Illinois at Chicago, USA.  She has worked for four major pharmaceutical companies, starting her career in in the Department of Pharmacokinetics and Drug Metabolism at Parke Davis R&D, which was subsequently acquired by Pfizer Global Research and Development.  In 2012 she moved to Shanghai China from the USA, as Head of DMPK for GlaxoSmithKline R&D and in 2015 made the transition to Sanofi R&D, leading the DMPK, Toxicology and Animal Research efforts in the Asia Pacific region.   Jasminder’s research focus is on transporters and induction of drug metabolizing enzymes, using primary hepatocytes. While her initial forays into transporter research in academia involved ion transport to understand CFTR, at Pfizer she changed her focus to xenobiotic transporters, with the goal of improving drug disposition, delivery and safety.   She has worked extensively with hepatic and renal transporters as well as the blood-brain-barrier.  She is an elected member of the ISSX council, a reviewer for six journals and has authored over 40 peer-reviewed publications.