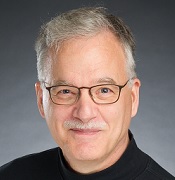 John D. Schuetz received his Ph.D. in Biochemical Pharmacology/Toxicology (with Robert B. Diasio) from the Medical College of Virginia in Richmond in 1984 and completed his postdoctoral training in Molecular Cancer Biology (with I. David Goldman and Eric H. Westin (a Dr. Robert C. Gallo protégé), and subsequently worked with Dr. Philip Guzelian on CYPs, also at the Medical College of Virginia. In 1992, he joined the Pharmaceutical Sciences Department at St. Jude Children’s Research Hospital as an Assistant Member.  He was promoted to the rank of Associate Member in 1997 and then to Member in 2005.  In 2006, he was appointed Vice Chair of the department and currently holds this position. He has broad research interests in the role of ABC transporters in normal physiology and pathophysiology.  His lab’s current studies are elucidating how transporters affect the biology as well as the therapeutic response of medulloblastoma and acute myeloid leukemia.  Dr. Schuetz has authored over 154 articles in peer-reviewed journals and contributed several book chapters. Dr. Schuetz has been elected to the AAAS Electorate nominating committee, elected Chair of the Toxicology Division of American Society for Pharmacology and Experimental Therapeutics (ASPET), Councilor to ASPET and is currently serving as Past-President of ASPET.  Further, he was nominated to membership in the ASBMB.  He has also been a permanent member of the NIH DMP study section (2002-2007) and contributed service as an Ad hoc member on multiple other national and international grant review panels. Moreover, he is an Associate Editor for the journal Drug Metabolism and Disposition and serves on the editorial board of other peer-reviewed journals (e.g., Scientific Reports, The FASEB Journal).