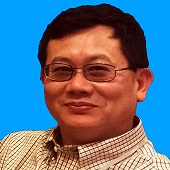 Dr. Lai is a director of drug metabolism, Gilead Sciences and an Adjunct Faculty at College of Pharmacy-University of Rhode Island. He received his M.D from Fujian Medical University in China and his Ph.D. (Toxicology) from Sapporo Medical University in Japan in 1998. From 1998 to 2001, he was a research fellow of Japanese Society for Promotion (JSPS) in Department of Physiopathology, Graduate School of Medicine of Hokkaido University, followed by a position as Research Associate in Department of Pharmaceutics, University of Washington. In 2004, he joined Pfizer PDM, and has been serving as a PDM representative (PI) of drug discovery and development programs, postdoc supervisor and discipline leader for drug transporter research. In 2013, he becomes a research fellow in BMS to lead drug transporter labs. In 2017, he joined Gilead Sciences, as a director of drug metabolism. He is the author of a book, book chapters and over 130 original publications in peer-reviewed journals and is a patent inventor.