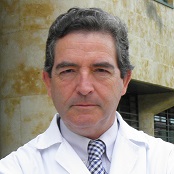 Jose J. G. Marin obtained his BSc (Biology) in 1979 and his Ph.D. (Physiology) in 1983, both at the University of Granada (Spain). He continued his training in Liver Pathophysiology and Pharmacology at the INSERM/Beaujon Hospital in Paris and the Universities of Utah, Oxford, San Diego and Zurich for a total of more than four years. Since 1998 he is a Full Professor at the Department of Physiology and Pharmacology, University of Salamanca (Spain). In the past, he was Head of the Department of Physiology and Pharmacology at this university for seven years, and at present, he has been appointed again for this position for the next four years. He is Funder and Head of the Laboratory of Experimental Hepatology and Drug Targeting (HEVEFARM) formed at present by 3 Full Professors, 1 Associate Professor, 4 Assistant Professors, 1 Laboratory Manager and 10 Ph.D. students. This group has been devoted to investigating different aspects regarding physiology, pathophysiology and pharmacology of the liver for more than 30 years. The HEVEFARM belongs to the Institute for Biomedical Research of Salamanca (IBSAL) and the National Center of Biomedical Research for the Study of Liver and Gastrointestinal Diseases (CIBERehd), National Health Institute Carlos III, Spain and has received the qualification of “Group of Excellence” by the Regional Government (Castilla & León, Spain). So far, he has supervised the education of >100 young scientists (41 Ph.D. Thesis plus >70 MSCs). His present interest is focused on the investigation of the liver and gastrointestinal cancer: early prediction of treatment failure and the development of pharmacological strategies to overcome chemoresistance. He has published >270 articles in books and journals (h index Scopus/Google 41/48). He has participated in the evaluation of proposals submitted to national (109) and international (80) agencies. He has reviewed >800 papers submitted to 222 different journals. He has got experience as Associate Editor (4 journals) and a member of Editorial Boards (20 journals).