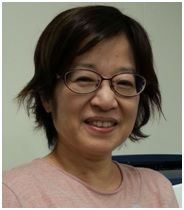 Noriko Okudaira is a senior director in the Drug Metabolism & Pharmacokinetics Research Laboratories of Daiichi Sankyo Co., Ltd. Her current responsibilities are non-clinical ADME studies, PK/PD analysis of small molecules and DDI risk assessment. Her researchinterest is to integrate various in vitro and in vivo data to predict PK, efficacy and toxicity in human using M&S approach. She studied at the University of Tokyo and graduated with a master’s degree in 1985. She obtained Ph.D. degree in pharmaceutical science at the University of Tokyo in 2000. Before joining Daiichi Sankyo, she was employed by Nippon Roche (1985-1991) and Meiji Seika Kaisha (1992-2004).