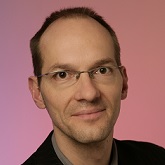 Dr. Oswald received his master in Pharmaceutical Sciences from the Humboldt University Berlin, Germany in 2001. After that he worked in the pharmaceutical industry and pharmacies for two years. From 2004-2007 he completed his PhD thesis at the Department of Clinical Pharmacology, Greifswald, Germany. In 2007 he also finished his advanced training in pharmaceutical analytics and became the head of the GLP-certified analytical laboratory of his department. During his time as postdoctoral fellow in Greifswald, he was from 07/2007 – 06/2012 the head of the research project entitled “Drug transport-based concepts and drug-delivery-technologies for optimizing the clinical application of drugs” funded by the German Ministry of Education and Research (BMBF).

From 01/2012 – 06/2012 he was a visiting scholar at Pfizer Inc., Global Research and Development, Pharmacokinetics and Drug Metabolism in Groton, CT, USA and at the University of Washington, Department of Pharmaceutics (Prof. Jashvant Unadkat) in Seattle, WA, USA. In 11/2012 he was appointed as assistant professor of “Clinical Pharmacology of Transporter Proteins” at the Department of Clinical Pharmacology and became the head of the BMBF funded research project „Compartmental Drug Absorption and Transport (COM_DAT): Pharmacokinetic Concepts to an individualized Therapy” which aimed to optimize the drug therapy and safety by generating predictive in vitro- and in vivo models to estimate or even predict the drug exposure or drug-drug interactions in humans. From 04/2015 – 02/2018 he was the head of the Department of Clinical Pharmacology of the University Medicine Greifswald, Germany at the Center of Drug Absorption and Transport (C_DAT). Since 04/2020 he is working as a full professor of pharmacology at the Department of Pharmacology and Toxicology of the University Medicine Rostock.

His research interests are focused on the expression, regulation and function of transporter proteins and metabolizing enzymes in the human intestine and their impact on oral drug absorption, inter-subject variability in efficacy and side effects of drugs as well as drug-drug interactions. He worked for over 16 years in the field of Clinical Pharmacology and author of about 80 papers in peer-review journals. His methodical expertise is the field of bioanalytics (small molecules and mass-spectrometry-based targeted proteomics), pharmacokinetics and in vitro models of transporter function.