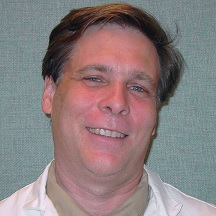 Alan T. Remaley, M.D., Ph.D., is currently the section chief of the Lipoprotein Metabolism Laboratory in the Cardiopulmonary Branch of the National Heart, Lung and Blood Institute in Bethesda, MD. He is also a senior staff member of the Department of Laboratory Medicine at the National Institutes of Health Clinical Center. Dr. Remaley received his B.S. in Biochemistry and Chemistry from the University of Pittsburgh in 1981. He received in 1987 a M.D. and Ph.D. (Biochemistry) degree from the University of Pittsburgh and completed in 1990 a residency in Clinical Pathology at the University of Pennsylvania. He did a post-doctoral fellowship with Dr. Bryan Brewer at NHLBI from 1990-1995. He has published over 200 papers in the field of lipoprotein metabolism and cardiovascular disease and is an inventor on several patents related to new therapeutic agents and diagnostic tests for cardiovascular disease. He has made important contributions to the field of HDL metabolism, particularly related to the mechanism of the ABCA1 transporter and has developed several apolipoprotein mimetic peptides, which are in pre-clinical stage development by biotechnology companies. He has also made fundamental discoveries related to the role of Lecithin:Cholesterol Acyltransferase (LCAT) in HDL metabolism and human disease and has developed recombinant LCAT as a potential therapy for Familial LCAT Deficiency and Acute Coronary Syndrome, which are in early stage clinical trials.