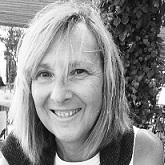 Prof. Lysiane Richert has extensive experience in Cell Biology and Toxicology. She received a Ph.D. degree in Cellular and Molecular Pharmacology from the Louis Pasteur University (Strasbourg, France) in 1983. After completing her postdoctoral training at the Weizmann Institute of Science (Rehovot, Israel) in Cell Biology and Immunology, Lysiane joined Rhône-Poulenc Santé in 1986 as In vitro Toxicologist and in 1992 Rhône Poulenc Agro as Regulatory Toxicologist. In 1993 she became Professor in Cell Biology and Toxicology at the University of Franche-Comté, School of Pharmacy. She founded KaLy-Cell in 2003, by technology transfer, where she operates as Chief Scientific Officer. At KaLy-Cell the focus is on in vitro hepatic models for metabolism and toxicity studies and on ex vivo and in vitro evaluation of inter-species and inter-individual variabilities in the response to exposure.  Lysiane Richert has published over 100 pier-reviewed papers.