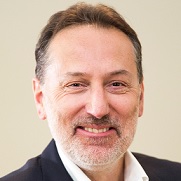 David has been in the pharmaceutical industry for 32 years and currently holds the title of Senior Scientific Director as head of the Transporter Sciences Group at Pfizer (Groton, CT, USA).  Before joining Pfizer in 2014, he spent productive periods at other US-based pharmaceutical companies (Searle, Abbott Labs, Merck, and Bristol-Myers Squibb).  During that time, he served on both scientific and managerial ladders.  He has authored 179 peer-reviewed manuscripts, presented >85 seminars/talks/webinars, and in the past served on the editorial boards of various DMPK-related journals (Xenobiotica, Drug Metabolism & Disposition, Current Drug Metabolism). In addition, he has edited/co-edited four DMPK-related textbooks.  Presently, he serves as adjunct professor at the College of Pharmacy, University of Rhode Island, and is a member of the International Transporter Consortium (ITC). In 2009, David was inducted as Fellow of The American Association of Pharmaceutical Scientists (AAPS).  He is the recipient of the 2021 Distinguished Accomplishments in Drug Discovery & Development Award bestowed by the International Society for the Study of Xenobiotics (ISSX).