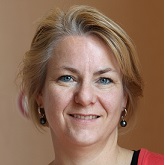 Roos Masereeuw (UU) received her PhD from Radboud University in Nijmegen in January 1997. This PhD program and a postdoc period were partly performed at National Institute for Environmental Sciences (NIEHS/NIH), Research Triangle Park, NC, USA. Dr. Masereeuw also visited the NIEHS/NIH institute Mount Desert Island Biological Laboratory (ME, USA) as principal investigator in 1997, 1998, 2010 and 2014. In November 1996, she joined the Dept. of Pharmacology and Toxicology at Radboudumc as assistant professor and in July 2002, she was appointed as associate professor after obtaining an NWO-ASPASIA award. In 2009, she received the Dutch Pharmacological Society (NVF) Schering-Plough Pharmacology Award, in 2010 the Prix Galien Research Award and in 2015 she was elected Fellow of the American Association of Pharmaceutical Scientists. Since July 2015 she is full professor of Experimental Pharmacology and since November 2018 director of research at Utrecht Institute for Pharmaceutical Sciences in The Netherlands. Research in the Masereeuw group is focused on developing novel therapeutic strategies to improve organ function in chronic disorders. Her group has developed unique human renal cell lines with a high predictive value for drug transport and metabolism. These cell lines are being used in the development of a bioartificial kidney, organotypic cultures for in vitro toxicity testing of chemical entities and drugs in development, and for studying the renal tubular secretion and reabsorption machinery. Roos Masereeuw has (co-)authored over 190 scientific papers, successfully supervised 20 PhD students and currently supervises 12 PhD students and 5 post-docs.