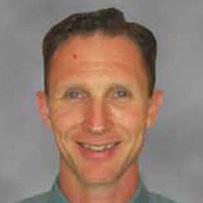 Scott Q Siler, Ph.D. is the President of DILIsym Services, Inc. and Co-Director of the DILI-sim Initiative. Dr. Siler graduated with a Ph.D. in Nutrition from the University of California, Berkeley and worked for more than 12 years integrating physiology and mathematics and applying quantitative systems pharmacology (QSP) models to pharmaceutical drug development with the company Entelos. As a Principal Scientist at Entelos, oversaw and contributed to the development of the Metabolism PhysioLab. Moreover, he led multiple simulation projects with pharmaceutical partners, evaluating potential treatments for type 2 diabetes. Also during his time with Entelos, Dr. Siler oversaw the early development efforts of what would become the current DILIsym® software. Upon leaving Entelos in 2011, Dr. Siler became Co-Director of the DILI-sim Initiative and later the President of DILIsym Services. Over this time, he has continued working on advancing the DILIsym® software in both oversight and technical roles. Dr. Siler has also overseen and contributed to the development of two other QSP models for DILIsym Services, MITOsym® and NAFLDsym™.