The Service is provided by SOLVO's partner: Bertin Pharma (BP). BP acquired the technology from Proteomedix Frontier (Japan), and was developed by the team of Professor Tetsuya TERASAKI from Tohoku University (Sendai, Japan).

The technology is described in detail in various publications, but can be summarized as follows:

One of the great benefits are the validation work performed by Professor Terasaki to ensure robustness, specificity, sensitivity and monitoring of pre-analytical steps yield. From a theoretical point of view, any kind of matrix can be used. Practically, all the samples need to be cleaned, to get rid of interfering components like phospholipids. Extensive research has been performed in order to validate sample preparation, digestion and measurement of the targeted protein. 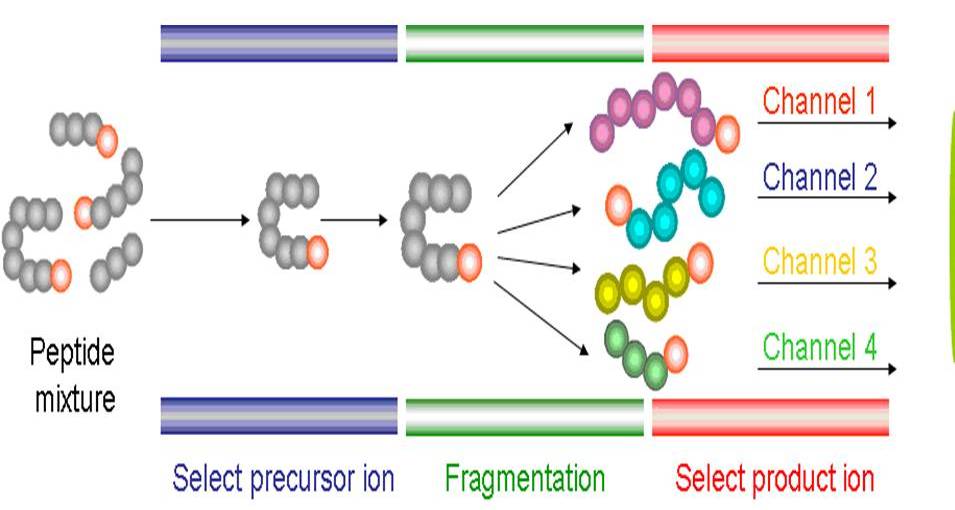 Protein concentration of the sample is measured by the Lowry method, than digested with proteases under denaturing conditions. A patented Monitoring protein is added to the sample in order to determine the purification and enzymatic digestion yield. Known amounts of the labelled peptides are spiked into the digest as internal references, and the mixture is analysed by LC/MS-MS in the MRM mode. Multiple products derived from single peptides are monitored in specific m/z channels. In the final step, individual signal peaks are identified on the basis of equal retention times in each channel of multiple product ions. To obtain the amounts of target proteins, the peptides are quantified by calculating the ratios of the peak areas to those of the isotope-labelled peptides.