The ATPase assay is an in vitro membrane assay designed to indicate the nature of the interaction between the compound and the transporter. By measuring ATPase activity, both activation and inhibition of transporters can be investigated using membranes from baculovirus-infected insect cells or mammalian cell membranes containing high levels of human or rodent wild-type transporters.

ABC transporters mediate the transport of substrates against a concentration gradient using energy derived from ATP hydrolysis, which is proportional to the transporter activity and could easily be detected with a colorimetric method. To assess activation, ABC transporter-rich membranes are incubated with various (typically in 8) concentrations of the test article and the effect on basal ATPase activity is measured.

Compounds that stimulate ATPase are generally considered substrates for the transporter. To assess inhibition, a test article’ ability to modify the activity of a given ABC transporter stimulated with its prototypical substrates is examined. The activation and inhibition tests are complementary assays. 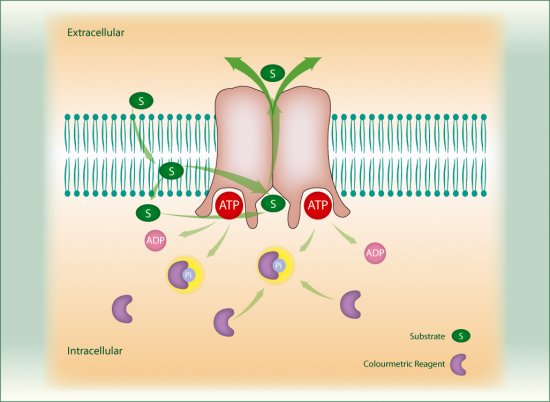 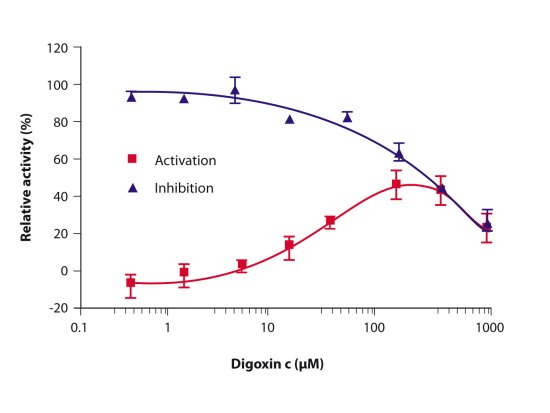